Area 51, the clandestine government base in the Nevada desert, is about to get raided thanks to a recent social media initiative. 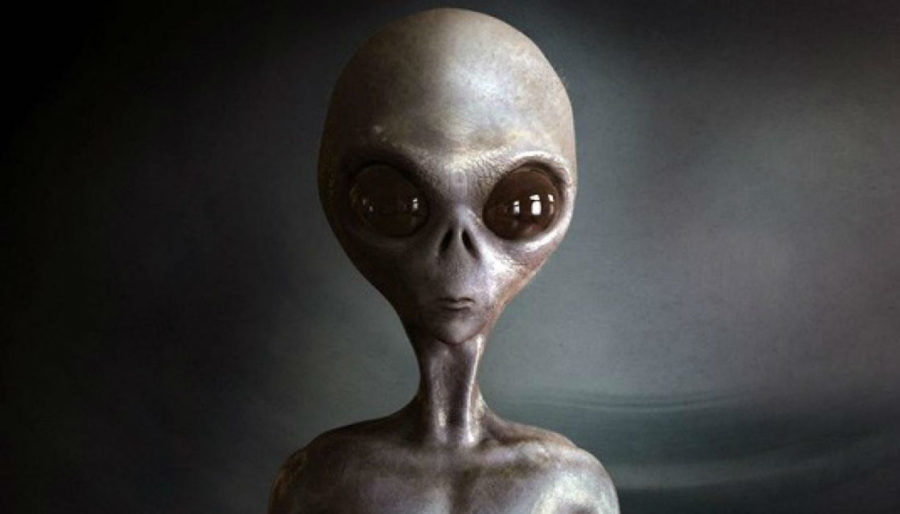 After decades of speculation, will aliens be discovered at Area 51?

“Storm Area 51, They Can’t Stop All of Us.” This is the name of the recent Facebook event that went viral. Created by Matty Roberts, a young man from Bakersfield, California who lists “guitar” as his professional skill on his Facebook page, the storming is scheduled for September 20. Roberts suggested that a group get together to seize the infamous government base that has an alleged history of extraterrestrial cover-ups. What he did not expect was how large that group would quickly become. Over two million people signed up to raid the government facility, and another one million people said they were interested. The description of the event stated that “We will all meet up in Rural [sic] Nevada and coordinate our parties. If we naruto run, we can move faster than [the U.S military’s] bullets. Let’s see them aliens.”

A “naruto run” is a sprint used by anime characters where they speed along with their arms held straight behind them. Several people have made this style of running a trend, and people can now be seen sprinting in public (and/or on YouTube) while “naruto running.” The mention of the naruto run by Roberts makes it seem like the raid on Area 51 is just a joke, yet the fact that two million individuals have signed up makes it seem as though many people are taking it seriously.

Those that signed up then organized themselves into groups based on various pop-culture stereotypes that have been popularized through memes. For example, there is a faction calling itself the “Kyles,” referring to the meme about young men who are heavy consumers of energy drinks and make unwise decisions, and the “Karens,” who are depicted as annoying, angry stay-at-home moms.

Such bizarre behavior seems fitting in referring to Area 51 since its aura of alien mystery has seeped its way pop culture, being satirized in numerous forms of media, including films Men in Black and Transformers.

Area 51 is known for being a center for extraterrestrial activity. Everything from strange, unknown government activity to UFO crashes that have taken place there. In a recent article published by www.time.com, “secretive flight testing has been happening in the area since the military began testing U-2 CIA spy planes in 1955, around the time reports of UFO sightings started to come out — but that news has done little to quell the otherworldly theories that have long surrounded the enigmatic site.”

It may have all started as far back as 1947 as there were, according to the same article in Time, “rumors of a UFO crashing in Roswell, New Mexico which the Roswell Army Air Field later said was a weather balloon. The Air Force began investigating claims of UFO sightings in 1947, which later became known as Project Blue Book in 1952. By the time Project Blue Book ended in 1969, the Air Force had investigated over 12,000 claims.”

The base was not officially revealed to the public until 2013. Regardless if the UFO activity was US military aircraft or actual alien-piloted vehicles,  due to Area 51’s secretive past and its role today, many wonder what is actually inside the facility, thus motivating the raid. With all the attention the raid is getting, this begs the question, “Do aliens actually exist?”

While scientists say it is highly unlikely that intelligent space beings like those seen in movies inhabit our universe, some people believe there are other living beings out there.

“There are aliens because if this world has animals, then all the other planets probably do too,” said seventh-grader Jack Wahl-Cox.  On a planet that has similar conditions to Earth, this could be true. The problem is, no such planet has been discovered and explored.

However, for other students, their belief in aliens is more of a hunch (or possibly paranoia).

“I think [aliens] could exist because sometimes I just get a feeling someone is watching us,” said seventh-grader Wilhelmenia D’Loughy.

While the idea of aliens existing does sound far fetched, the possibility of life on other planets may not be just science fiction. An article on www.space.com states that scientific studies show that “there are almost 4,000 confirmed planets out there that orbit stars other than the sun.” If some of those planets are just the right distance from the stars they orbit, like Earth’s distance from the sun, life is possible.

With many considering the possibility that aliens could exist and the base’s infamous past, it is no surprise that the Area 51 raid got attention. However, with the raid grabbing headlines around the world, the government has had plenty of time to prepare.

The article in Time states, “A spokesperson for the U.S. Air Force told several media outlets that they are aware of the plans to ‘raid’ Area 51 — and are staunchly against them.

‘Any attempt to illegally access the area is highly discouraged,’ an Air Force spokesperson told NPR in a Monday statement, along with several other media outlets.”

So why would people go? Several claim they are going because of the possibility of seeing aliens. Others are going because so many other people signed up and they just decided to throw their hat into the ring. For some, it’s just a chance for Internet fame. Regardless of why people are going, it will all culminate on September 20. Hopefully, no one gets hurt or arrested, and perhaps the truth about aliens will be uncovered.

“What if they actually see [aliens]?” asked sixth-grader Alyssa Saraqi. “Nobody really knows what’s in Area 51.”

Not yet. And whatever happens, at the very least, we may get some footage of people naruto running across the Nevada desert.