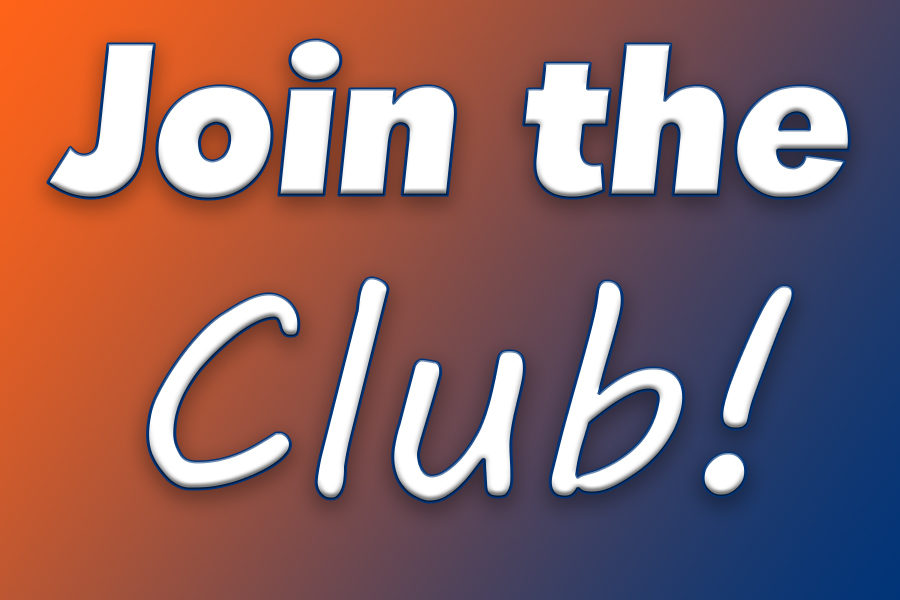 Students are anxiously awaiting the club rosters to see which choice they were awarded.

During Week 2 Fridays sprinkled throughout the year, The Benjamin Middle School gets the opportunity to have time for clubs according to the students’ choices. This year, there are several new additions to the slate of offerings, including wiffle ball, yoga, karaoke, and more.

“We will be doing many activities,” she said. “We will read excerpts of the books, we will watch some of the movie clips, we will have competitions to see who knows more facts about Harry Potter, [and] we will do some of the fun online activities that are already established. As an English teacher, I want the students to open their mind and find a storyline for secondary characters like Ginny Weasley.”

Another club that’s been revamped is the Florida Lego League (FLL) Competition Club (formerly Robotics Club) which will be headed up by science teachers Mrs. Stephanie Oster and Mrs. Mandy Sukhu.  “I want our club to compete and win in the Florida Lego league,” said Oster, referring to the fact that the club will build and program Lego Mindstorm EV3 robots and program them to carry out tasks in competitions with other schools. “Every year, there is a different theme, and this year’s is Into Orbit,” she said. “The club will work with the Benjineers, the Upper School’s competitive engineering team, to prepare ourselves for the FLL Competition in January.”

A newcomer this year is the Instopraphy Club, which is led by new Librarian/Digital Media Specialist Ms. Danielle Wishka.

“We will learn the principles of photography like framing, point of view, and portrait light photography,” said Wishka. “So we are going to combine those skills that great photographers have and use them in the Instagram square format for photography. Since I got my undergraduate in photography, and I love photography and social media, I loved this idea of Instography club.”

Wishka’s club has already appealed to many students. “I am doing Instography because I enjoy Instagram and hope that I can have a different perspective on it,” said eighth grader Gianna Ajmo.

“We will have four teams of six [students],” said Crisafi, “and we will try having two games at the same time on the football field if it is available. We will have a tournament to determine who the better team is, and also hopefully get hats or even T-shirts for each team.

Crisafi not only wanted to do something a bit more active than the Cinema Club he headed up last year, but he also has big plans for his new endeavor.

“I wanted to do something fun that would also allow students to get exercise and be competitive,” he said. “I also love wiffle ball, and I’m hoping maybe later on, we can collaborate with the various academic disciplines to construct a portable wiffle ball stadium. It think it would be a great STEM project!”

At least one new club is focused on calming the mind and body, and helping students deal with stress. The Yoga and Mental Health Club is led by eighth-grade science teacher Ms. Sara Featherston and world language teacher Ms. Carol Labzda. Labzda. “I am running yoga and I hope it gives students a different perspective on yoga and [how to] be relaxed,” said. Featherston.

Unlike the paper and pencil method used in years past, this year the Middle School sent out a Google Form so students could pick their top five club choices digitally, making the process easier for everyone involved. “I liked that we picked the clubs digitally instead of on paper,” said eighth grader Jasper Wright. “I chose Wiffle Ball club since I don’t have gym this year, and I hope that it can replace it,” he said.

Other students went with clubs that have been offered for years, but in which they still enjoy to take part.  “I picked chess because I really like to play chess, and also I like puzzles and using my brain,” said seventh grader Tyler Kelly.

“I picked the Geography Bee Club because I love to learn about the world,” said sixth grader Chester Coles, referring to the returning club led by Head of Middle School and seventh-grade history teacher Mr. Charles Hagy.

The students are excited about their clubs and waiting to see which one they received. Eighth graders get priority, and then seventh graders, and then sixth. “It’s been a little annoying,” said seventh grader Brynn Weisser. “I’m excited to find out the club I got, but we’ve been waiting a few weeks now.”

The administration is trying to place everyone in the club of his or her choice, and students should find out soon. When they do, the real fun will begin.